Why is it that 24 hours doesn’t mean the same thing for everyone?  Some people can run a company, come up with innovative product ideas, workout, read and relax, all in a day’s worth? How do some manage so many productive tasks, while for others, it’s a challenge?

I’ll give you a word. A few in fact. Decision fatigue. Automation. Productivity Tools.

Any of these setting off some aha moments in your mind?

What is Decision Fatigue?

Decision fatigue might sound like a mere pop-psych term, but it’s a real problem. The term was first coined by psychologist Roy F. Baumeister and co-author of Willpower: Rediscovering the Greatest Human Strength.

In other words, your willpower gets used up by repetitive daily decisions. By the time you have to make more difficult decisions, your capability to make smart decisions is depleted, leading to poorer outcomes. We make on average 35,000 decisions a day ranging from what to wear, eat, who should you vote for.

Psychologist Barry Schwartz wrote about this problem in “The Paradox of Choice: Why More Is Less.” By having to make so many decisions, we end up second-guessing ourselves, which ultimately leads to regret and dissatisfaction.

“The alternative to maximizing is to be a satisficer. To satisfice is to settle for something that is good enough and not worry about the possibility that there might be something better,” writes Schwartz in his book.

Below is a Ted Talk by Schwartz in which he elaborates some of his key tenets from The Paradox of Choice. Schwartz’s believes that an overload of decisions and digital noise we face daily, leaves us feeling paralyzed.

Improve your productivity by eliminating decision fatigue. You have limited willpower, so save it for when you need to make important decisions.

Consider minimalism. Think of a particular work “uniform” you’d like to stick to – navy pants and plain button-down shirts. Might sound boring, but hey, it worked for President Barack Obama, Steve Jobs, and Mark Zuckerberg, so it can’t hurt to try.

Meal prep is another great way time saver. Spend a couple of hours on Sunday and prepare your meals for the week. Portion them out in microwavable boxes, making it easy to take your lunch on the go.

Multitasking has a bad reputation and rightly so. A study at Stanford University found that multitasking makes us less productive than tackling a single task at a time.

More surprisingly, it damages your brain. Researchers at the University of Sussex discovered that multitasking actually changes your brain, even if it’s doing something as simple as texting while watching TV. In an MRI scan, high multitaskers had less brain density in the anterior cingulate cortex, the region in charge of cognitive and emotional control. The more you multitask, the worse your decisions are. Instead, follow these concentration work tips and silence your notifications and make a list of what not to do.

Now that we understand how detrimental multitasking can be, the next step in developing smart working habits is to batch tasks together.

How we spend our time is very important. Paul Graham of Y Combinator explored the concept of two schedules in an influential essay titled “Maker’s Schedule, Manager’s Schedule” written in 2009. Graham noted that we can either spend our time doing creative work and focusing on output, or we can supervise other people’s work.

“The manager’s schedule is…embodied in the traditional appointment book, with each day cut into one-hour intervals. You can block off several hours for a single task if you need to, but by default, you change what you’re doing every hour…,” writes Graham.

Meanwhile, a maker’s schedule is comprised of long stretches of uninterrupted time. “…there’s another way of using time that’s common among people who make things, like programmers and writers. They generally prefer to use time in units of half a day at least. You can’t write or program well in units of an hour. That’s barely enough time to get started,” said Graham.

4. Use Productivity Tools to Manage Tasks

Your day doesn’t start in the morning. It starts the night before. Take time out in the evening to jot down your “Most Important Tasks” that you want to achieve the following day. Brief, a messenger tool for teams, has a great task feature. Simply input your tasks and prioritize the top three for the morning.

There is nothing more gratifying than checking off those boxes in the task feature. As you gain momentum, you can soar through your tasks.

Behavioral scientist Dan Ariely found that the two hours after we wake up is when we are most productive. This is the ideal time to focus on the tasks that are the hardest, and not surf the web or check on social media accounts.

By using productivity tools like Brief, in conjunction with these productivity tips, you can tackle decision fatigue head-on. Don’t get bogged down by routine decisions. Instead, focus on batching your most important tasks and tackling them first thing in the morning when your concentration and willpower is at its peak.

Ready to learn more about Brief? Try it for free! 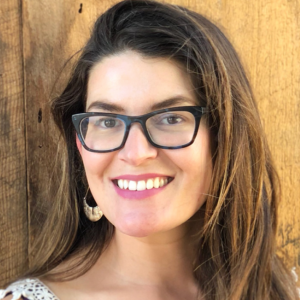 Isabel is a Productivity and Market Trends specialist for Brief. Her passion lies in writing about smart work habits and mindfulness. She is also a regular contributor at TheProductiveBlog.com.