A Distracted Planet: Uncovering the Costs of Digital Noise

Every year around June, software coders flock to sunny California to attend the Worldwide Developer Conference (WWDC), an annual event hosted by Apple to announce new features coming to their lineup of phones, tablets, watches and computers. Ten years ago at the 2008 WWDC, the company introduced the App Store, offering iPhone users easy access to a wide catalog of utilities, productivity tools and games — and kick-starting a mobile software revolution that changed the way we interacted with mobile devices.

Blossoming from the App Store — and eventually Windows Store, Google Play and any other software platform’s digital mall — were home screen staples like Words with Friends (a Scrabble knockoff that alerted you every time it was your turn to make another move against your buddy), MyFitnessPal (a health-focused tool that would gently suggest you drink a glass of water and write down what you had for lunch) and everyone’s favorite Facebook, complete with red notifications that covered its blue icon at each instance of a new friend, message or mention. App development became lucrative, an $88 billion dollar industry as of 2016, ensuring the time we spent with our mobile devices was fun, possibly productive and always profitable.

Ten years later, as developers returned to pay pilgrimage to the device and platform that gave birth to their means of making a living, Apple had a brand-new feature at the forefront of its iOS 12 system software presentation: Screen Time. Measuring the amount of time users spend in any given app, Screen Time is Apple’s first step toward offering a semblance of what’s been called “digital wellbeing” tools: software combined with time-management tools that help control and ultimately reduce the amount of time we spend on our iPhones. (A month earlier, Google introduced a similar set of tools under the digital wellbeing umbrella.)

Silicon Valley’s newfound focus on digital wellbeing, which involves going so far as to building tools into device frameworks themselves, acknowledges the growing concern that the attention we’re focusing on phones, televisions and other electronic devices is creating a significant amount of digital noise in our world. It’s not just the ringing, buzzing and vibrating vying for our attention — it’s the information behind the noise, constantly begging to be watched, shared or refreshed.

Why, exactly, are we so easily distracted by all this digital noise? Dr. David Greenfield at Psychology Today compares smartphones and the internet at large to “the world’s largest slot machine,” triggering casino-like dopamine reactions whenever we check our devices repeatedly. By living in a continuous state of “FOMO” — fear of missing out — we’re constantly becoming accustomed to broadcasting and checking into every moment in every person’s life.

Digital noise is pervasive, spreading beyond just our mobile devices. A 2014 study by researchers at University College London coined the term “media multitasking” — the way someone will watch television while they play on their tablet, for instance. The study compared brain structures of heavy and light media multitaskers, and the results were not so encouraging: Those who multitask heavily may be experiencing unhealthy brain changes. While the data’s not conclusive, intense media multitasking is compared to mental-health junk food, ultimately affecting our ability to focus for long periods of time.

We’re Much Worse at Multitasking Than We Think

Humans think we’re good at multitasking, but we’re not. Author James Williams compares these digital distractions to using a GPS device that perfectly guides you to your destination on your first trip, but on subsequent journeys, slowly tacks small detours onto each ride, eventually adding minutes and hours to the brief trip you sought to take initially. We may think we’re handling multiple tasks at once when in reality, we’re simply switching between different tasks — and every switch requires time and recalibration. It’s no wonder that after being distracted by a series of notifications, it takes the average user approximately 15 minutes to regain their focus.

As a result, productivity is taking a beating. A survey from ComPsych, an employee assistance program provider focused on offering behavioral health and wellness programs, found that almost 90 percent of employees check social media at work. Of those surveyed, nearly 20 percent checked their social media 10 times or more during the workday, with only 12 percent abstaining altogether. Keep in mind this is just one aspect of digital noise — these numbers don’t include activities like reading news, gaming, streaming music or any of the other endless possibilities the internet has to offer. In 2011, a different study by digital agency Harmon.ie found that workers are interrupted at least 11 times an hour by notifications, and at least one hour of every workday is spent simply browsing the internet.

The Costs of Distraction

Those distractions, ultimately, are costly. In 2010, developer Kord Campbell — working with chat, code and internet tabs spanning two displays — overlooked an email concerning the details of a $1.3 million dollar business deal. This wasn’t because he wasn’t checking his email; rather, it was precisely because he was checking his email, as well as everything else that could fill two screens. And that’s just one email concerning one deal with one person.

To businesses, the costs of digital noise are starting to add up: Multiple studies have found that the barrage of notifications, alerts and Facebook messages are costing employers over $10,000 per employee every year. Ten grand per employee isn’t just some worker figuring out how to make Amazon purchases on the company card — that’s an amount of money that scales from the bottom of the organization up. For a company with just 100 employees, that’s one million annual dollars in lost productivity. While short interruptions at work can eat up 40 percent of a worker’s productive time, nearly 60 percent of work-related interruptions all take place because of the persistence of digital noise. Based on a report by the Information Overload Research Group, these distractions are costing the entire U.S. economy nearly $1 trillion a year.

So how do we begin to reclaim our time, our money and our attention from the tools we carry in our pockets, strap to our wrists and mount on our walls? Becoming more aware of the digital noise is the first step. By being mindful of the impact these distractions have on our lives, we can start to make small steps toward tuning them out or turning them off.

In the office, you can take action by cutting down on unnecessary communication. Not everything requires an email, and not every email needs to be copied to the entire office. After all, how many inbox messages are endless chains of people saying “thank you” to one another? Before sending an email, try reaching out over a chat platform like Brief that reduces the physical amount of clutter on your screen and lets you communicate effectively. We designed Brief to reduce unnecessary chatter and distractions to a minimum. By ensuring that conversations revolve around actionable tasks and goals, Brief helps our team get things done without falling into the trap of distraction.

There’s a reason Apple and Google have caught onto digital wellbeing: It’s the only way forward toward. When companies show a categorized breakdown of your app usage like a phone bill and limit access to certain apps or websites, users can gain a greater awareness into just how much time they’re devoting to digital noise. With a better understanding of just how much time they’re spending being bombarded by updates and notifications, users will eventually be able to take better control of their time and attention. 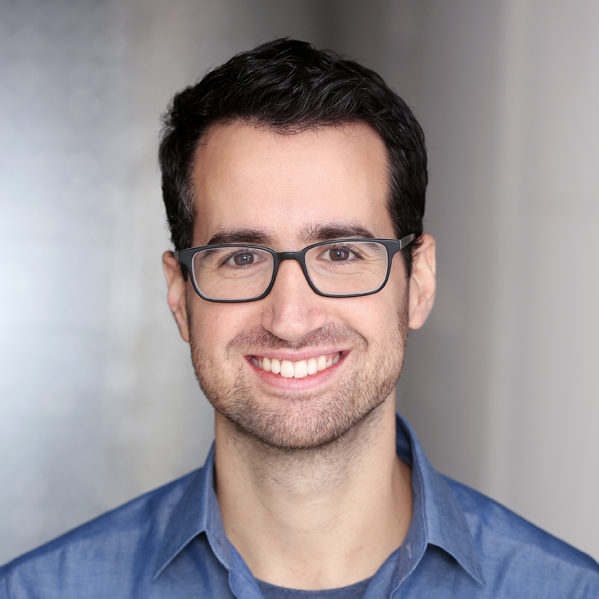